Description: Enable Intercom's customers to see how many conversations their team is having, how their teammates are performing, and how happy their customers are. 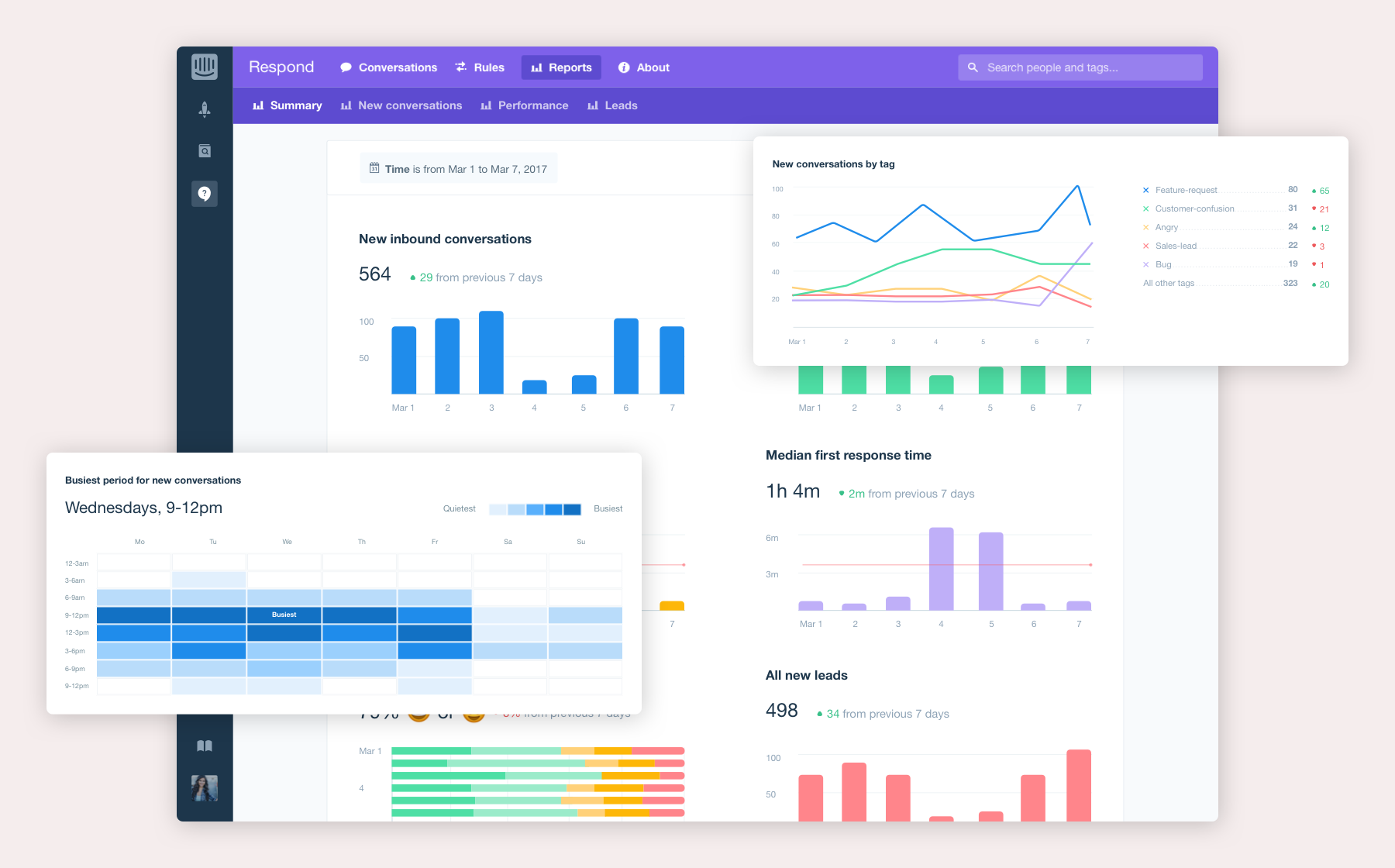 Realizing we have a problem
Late in 2016, as Intercom started serving larger customers, we've identified that our existing reporting solution was too limiting for understanding the team's support activity.

Doing initial explorations
My first steps in solving that problem were to determine clear user needs and, based on those needs, to explore what a high-level solution could be (i.e. from introducing sophisticated dashboards to focusing on an API-only approach).

As a result of those explorations, we ended up choosing an approach that struck a balance between solving the problem, not being too complex, and being flexible enough to evolve in the future.

Aligning on system design
At the core of our proposed system were signals - atomic elements that could tell a data-related story.

Those signals could be embedded into any context throughout the product on their own or grouped into editorial reports to tell a more comprehensive story.

Forms a signal can have

Iterating and arriving at a final solution
From that point, we had to nail the list of signals by talking to our customers and pick the right visualizations by prototyping with the real data.

Eventually, after several iterations and learnings during the beta, we’ve released updated reporting to everyone. 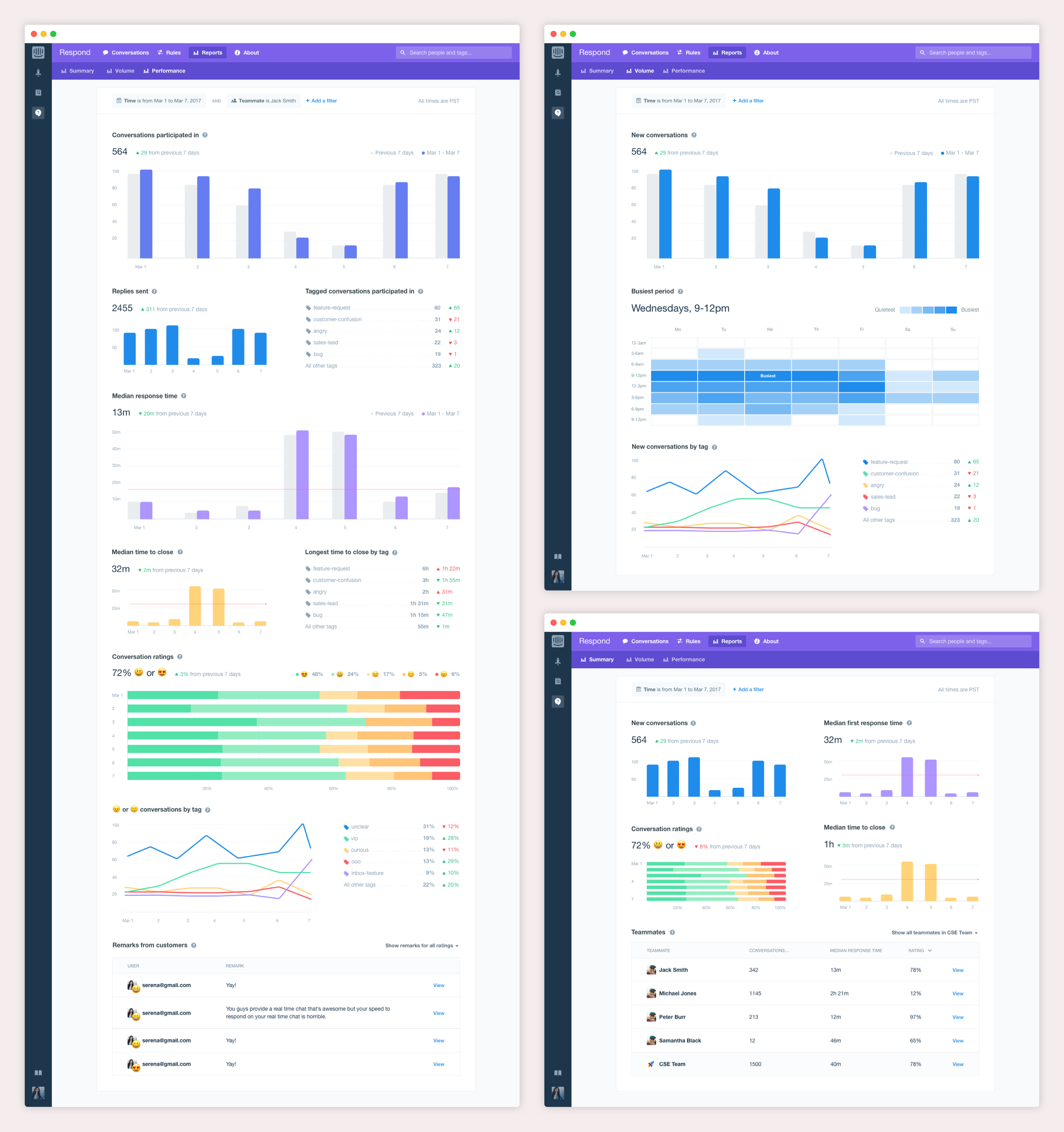 Measuring success
Apart from closing a crucial feature gap, our solution helped us prevent churn, win new deals and establish a flexible system on top of which other teams later built out other reports.